In the history of the revived Doctor Who series, there have been ten multi-episode stories thus far. If we classify these multi-episode stories into three rough categories of “hits”, “misses”, and “neutrals”, most of them frustratingly fall into the category of misses than anything else. The most recent two-parter helps to further solidify a theory i have as to what makes more of these New Who multi-episode stories disappointing and also touches upon a fundamental problem with the series overall.

When the executive manatees of New Who get together to decide which idea balls they want to put into the episode tank, i have to expect that one of the balls that never leaves the tank has “epic clash between the good guys and the bad guys” on it, and in a way, that idea ball has a frightening influence over how the rest of the episode plays out, particularly when it has come to the reintroduction of Classic Who enemies into New Who. The reintroduction of the Sontarans in The Sontaran Strategem was a very successful one – a proper representation of the warrior race in both their physical appearance and their mentality, complete with the single weakness of the probic vent in the back of their neck. The crisis of having poisonous gas being put into the air because of an overpopulated world of cars may have been a recycled idea from Gridlock, but even so, the mystery surrounding the Atmos system and the gas that it exudes made for a decent set up for the inevitable “Tune In Next Week!” that had me counting down the days until the second part – albeit with some skepticism given New Who’s track record of multi-episode stories and particularly with Helen Raynor’s prior attempt at a two-parter with Daleks In Manhattan/Evolution of the Daleks.

In truth, the “epic clash” idea ball is only one of the many annoying things that made the episode horrible, but while it may not be the most troubling thing about the episode, it was the most prominent to me because of how much the idea ball affected, specifically a) the “battle scenes”, b) the crisis scale, c) the crisis resolution, and d) the bigger implications behind how episodes arrive at the epic clash in the first place.

Addressing the battle scene first: for those that may not know the Sontarans from Classic Who lore, the reason why Sontarans were given the probic vent in the back of their neck in the first place as a weakness was because their armor was supposed to be otherwise invincible to any other conventional weapon, or at the very least damned near hard to kill. That being the case, the UNIT/Sontaran “brute force versus brute force” battle scene was disheartening because it essentially took all of the well-crafted and otherwise authentic exposition of the Sontarans from part one and reduced them to “generic enemy” in part two. Allowing the Sontaran to fall and “die” in battle using less than a single round of rapid machine-gun fire makes it difficult to believe that they are a truly formidable warrior race that can be in a war that has lasted for over 50,000 years, and makes the probic vent a pretty useless characteristic of the Sontaran. Oh, they have this weak spot? That’s too difficult to try to script in a battle sequence, let’s just pull out lots of ammo.

Granted, we might be able to stretch some credibility to this if we apply Why-The-Asgard-Needed-Humans-To-Help-With-The-Replicators reasoning, but it’s difficult for me to give New Who that sort of credit given how many times this “epic clash” idea ball has already been used. The clash felt like it could have been transplanted with the “Cybermen versus the army” scenes in Doomsday (and i think even the same music was recycled for it) or the guards versus the Ood in Planet of the Ood. That the Sontarans were spitting out war language dialogue or doing aerobic war dances versus shouting “Delete! Delete!” doesn’t mean all that much if the core of the battle amounts to the same thing of gun fire versus laser fire.

Secondly, the “epic clash” paradigm causes a problem because of the kind of bar that New Who set when it comes to crisis scale, something that they share with the show 24. At the end of most of the multi-episode misses and series finales in particular, New Who seems to think that it can only be exciting if the entire world is in crisis, and by a massive amount of enemies. In Parting of the Ways it was millions of Dalek ships, in Age of Steel it was the world being converted into Cybermen, in Doomsday it was “billions” of Daleks (never mind the question of how the Doctor knew that there were billions of Daleks in the prison ship when minutes before he didn’t know that it was a prison ship) and Cybermen, in Last of the Time Lords it was billions of Toclafane, in The Poison Sky it was the world being converted into Sontarans. Insert in some news footage that show scenes of the Eiffel Tower or the Statue of Liberty under alien threat along with close-ups of newscaster’s eyes or lips saying, “OMG WE’RE GOING TO DIE!”, and you have the perfect template for New Who crisis building.

And the problem with setting the crisis knob so high so often isn’t that the viewing public becomes too used to it and therefore numb to it. The problem is in how the solution to the crisis is typically a “press a single button” or similar deus ex machina like answer, the most insulting to viewer intelligence being The Sound of Drums/Last of the Time Lords. The Doctor, upon discovering the paradox machine says, “i can’t stop it until i know what it’s doing” and that meddling with it haphazardly could blow up the solar system. Yet what ends up being the answer to the problem is Jack going in guns blazing and shooting the whole thing up, which causes the embarrassing i-wrote-myself-into-a-corner-oh-shit-now-what answer of turning back time as if the crisis had never happened in the first place. And while The Posion Sky didn’t quite reach that level of immaturity in the solution conception (because the idea that Rattigan’s lab contained the means of creating an atmospheric converter was believable given that element of the story’s plot), its execution was so “Reset Button” in nature that it gave me physical anxiety. Igniting the sky appears to have completely free the earth’s atmosphere of the Atmos gas in seconds including ground level even though it was only the sky level that ignited, and i guess all of the mountains and planes that happened to be flying higher than the Valiant didn’t suffer any issues and i suppose it makes sense that across the world all of the Atmos cars stopped spewing out the gas all at the same time and i guess all of the ground Sontarans were destroyed by UNIT and oh for fuck’s sake.

The thing about the Reset Button solution is that it belittles the scale of the crisis. In Doomsday, the solution of “reconfigure the machine to pull anything that has void stuff back into the void” would have worked if there were fifty Daleks and Cybermen or two hundred or two hundred billion or ten trillion. Numbers on that sort of scale end up not mattering if the answer would be exactly the same and be executed exactly as easily. It’s oddly analagous to the scene in The Sontaran Strategem where Ross and the Doctor dive for cover against the Atmos-fitted jeep and all it does is fizz out instead of create what they expect to be a big explosion. Hit this lever or this button or point the Sonic Crisis Saving Device at this panel or stick the mobile into the conveniently mobile-friendly slot with the destruct code or just unplug that machine, and i end up thinking about how much build up there was to the crisis, what the solution ended up being, and thinking (in my best Tennant imitation), “oh, is that it?”

(Thankfully the end of Torchwood series two didn’t fall into this trap, deciding to make the crisis essentially just Cardiff and the Torchwood team, although i still had the “oh, is that it?” sort of thought while watching a generally poor conclusion to an otherwise stronger series than series one.)

Doomsday is a good example of this. The executive manatees look at the history of Doctor Who and say, “the Daleks have never fought the Cybermen before! Let’s get out our super expensive action figures and have them duke it out! yaaaar!” So they create a very unbelievable plot point of the humans and the cybermen coming to some sort of “truce” to deal with a common enemy because apparently having a handful of humans helping to shoot ineffectively at Dalek force-shields is better than pulling in the millions of Cybermen from around the world or even what’s concentrated at Canary Wharf.  And the only reason that they did it is to help create the ultimate child’s fantasy battle scene which doesn’t advance any plot whatsoever because eventually everything is solved by the Doctor and Rose pulling on the two big levers (so i guess the cybermen got the short end of the stick of that truce). A flimsy pretext creates the desired action spectacle, and the manatees pat themselves on their collective manatee backs because they’ve helped to create Doctor Who History, regardless of whether that History is a good idea or not, and regardless of whether or not that clas has any significance to the story – which it doesn’t, being upstaged by what truly motivated the end of the series in the first place, which was Rose’s departure.

When Lawrence Miles reviewed Planet of the Ood, he talked a great deal about how Russell thinks like a director and not a writer, and as that distinction sinks into my consciousness more, so does my faith in the quality of New Who. In general i like sci-fi televsion series more than sci-fi movies because i generally see movies as overbudgeted fluff entertainment whereas good sci-fi television series will build up the characters, the backstory, a mythos and set of rules that show the depth of storytelling and the depth of humanity. But with some notable exceptions, New Who episodes aren’t aspiring to be episodes in a television series, they’re aspiring to be a series of “mini-movies” favoring the fluff entertainment and using very broad story and character themes to glue the fluff together driven by a brand that had its precedence started almost half a century ago. Surely i’ll still watch it and enjoy it and find moments that are pure genius amidst that which is merely entertaining, but in the back of my mind there’s always that thought that the dazzle of New Who will never compare to the likes of some of the great Classic Who stories or the great Blake’s 7 stories whose special effects by today’s standards may be cheap but still hold a wealth of depth in creative sci-fi story-telling that will never have any equal.

Still, at least we have Moffat’s two-parter to look forward to.

9 thoughts to “mutli-episode stories in the New Who” 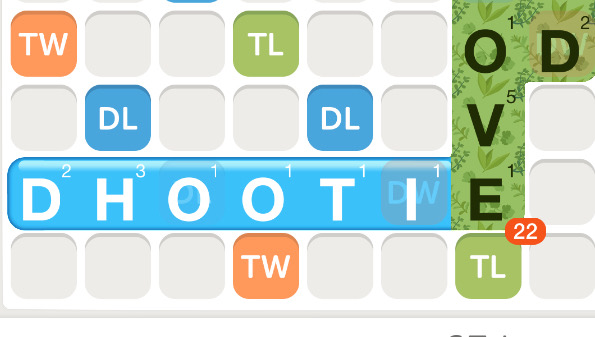 @mariannep_piano (then again, maybe it's this attitude that has made me less successful than I could be?... (whatever that means... i tend to treat success as a relative goal)). (4..../3)
h J R
@Mendel_Lee

@mariannep_piano Other than that? Planning past 1-1.5yrs is usu not practical enough for me to devote that sort of energy, esp for personal projects. It would distract rather than help and mess with my head. (3/3)
h J R
@Mendel_Lee